The popularity of python is on the rise among developers these days. Most python experts suggest that python is ideal for data science, artificial intelligence, or machine learning projects. Let’s have a look at the best python libraries which developers can use in 2020.

Gone are the days when python experts had to code everything from scratch. Now they can build solutions in a jiffy and focus more on coming up with solutions rather than concentrating on writing lengthy codes. As a matter of fact, python allows its developers to be a little creative with the code and displays the output then and there, letting them know if something goes wrong.

There are plenty of python libraries available. Below is the list of the top 5. 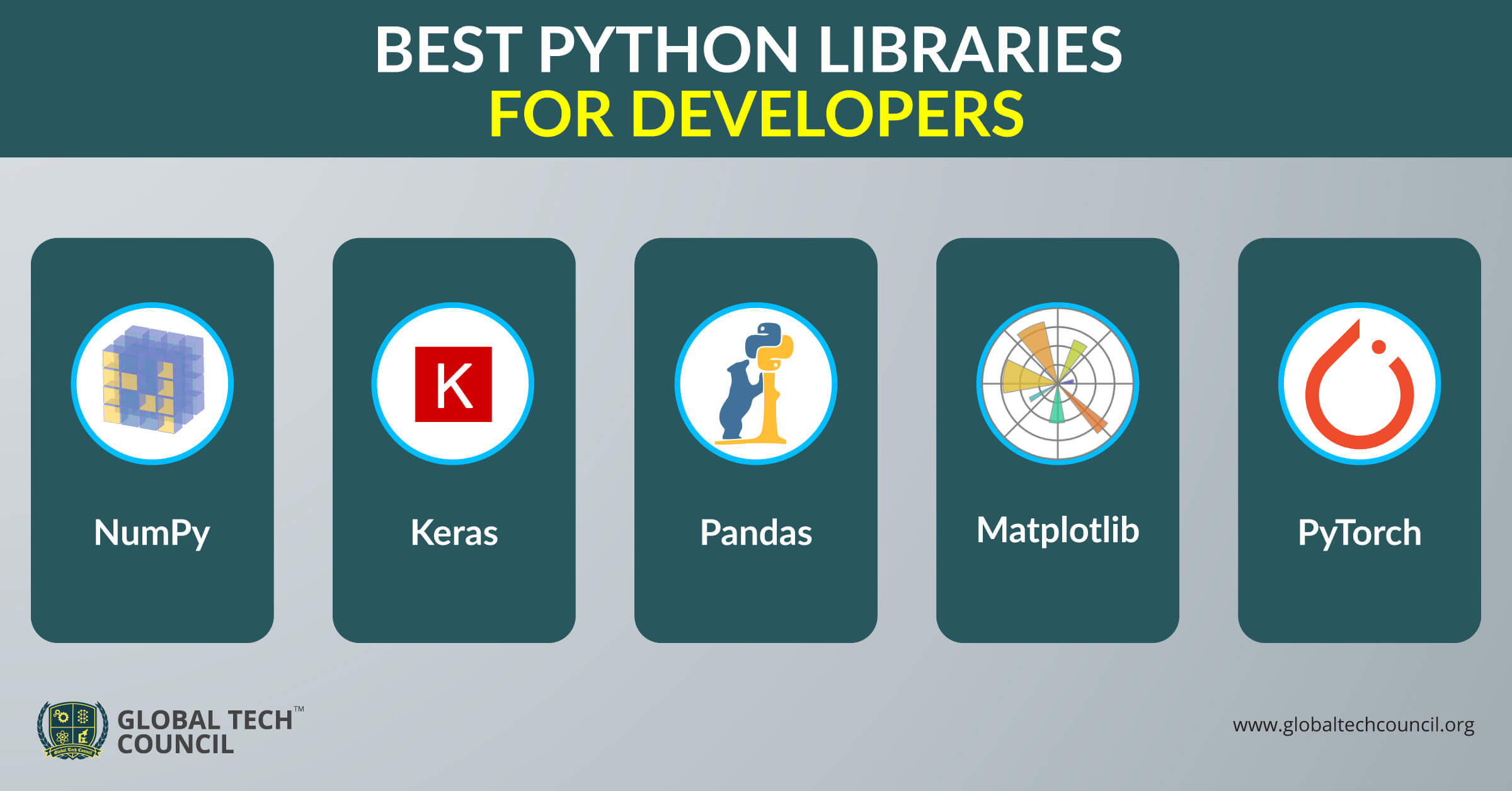 NumPy is a popular array processing package for general purposes. Its substantial collection of complex mathematical functions make NumPy capable of processing large multi-dimensional matrices and arrays. It is handy for solving problems of linear algebra, Fourier transforms, and random numbers. Other libraries also use it at the backend; TensorFlow uses it to manipulate tenders.

Keras is another open-source popularly known and one of the most widely used python libraries. Its features include graph visualization, processing information sets, compiling models, and the like. Thus, it is a favorite of more than 200,000 python experts.

Keras is a public library for machine learning and neural networks. It works with no interruptions with GPU and CPU, supporting simple neural networks like embedding, pooling, etc. Furthermore, these models can be quickly combined to create complex models.

One of the main features of the well-known Pandas library is its ability to transform late complex operations with data with the help of one or two commands. It also provides developers with a huge variety of analysis tools and high-level data structures.

Pandas come with several built-in methods that are useful for combining data, time-series functionality, filtering, and grouping along with speed indicators. Newer versions of Pandas library have made several significant improvements in areas such as more appropriate output to apply method, support in performing custom types operations, sorting, and grouping of data.

As the name suggests, Matplotlib gives a MATLAB-like interface and provides the users with excellent user experience. It uses standard GUI toolkits like Qt, wxPython, GTK+, or Tkinter to provide programmers with an object-oriented API to embed graphs and plots into their applications.

PyTorch offers its users a significant advantage; it is very easy to learn and use. It is also known for its ability to support natural language processing, computer vision, machine learning. It is an open-source library based on the Torch library.

PyTorch has the ability to seamlessly integrate with the python data science stack, including NumPy. Beginners can hardly find any difference between NumPy and PyTorch.

Building computational graphs on the go become simple with PyTorch’s robust framework; the users can change these graphs in runtime as well. Some additional advantages of PyTorch include simplified preprocessors, custom data loaders, and multi GPU support.

Python is widely used by developers nowadays because it is easy to learn and use. The developers can find libraries with already created basic functionalities and can modify them according to their use.